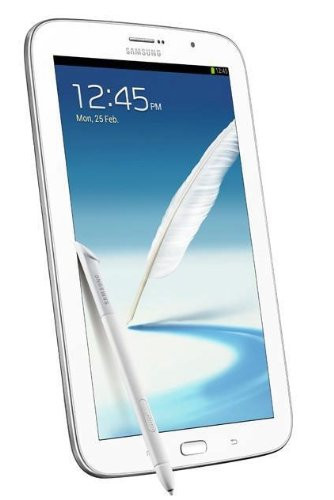 Samsung Galaxy Note 8.0 is an extension of the popular Note series and is the first compact tablet with an 8.0-inch TFT capacitive touchscreen display from Samsung. The device is ideal for those who want a bigger screen tablet with a lighter body. The screen boasts a resolution of 1280 x 800 pixels and a pixel density of 189ppi. For navigation, it employs the latest TouchWiz UI with full support for an included S Pen that features 1024 levels of pressure and comes with its own set of functions and apps.

Unveiled at Mobile World Congress 2013, the tablet operates on a Quad-core 1.6GHz processor mounted on Samsung's Exynos 4412 chipset that also features a hefty 2GB RAM for super-smooth multitasking. For graphics acceleration, Mali-400MP GPU is built alongside the chip as well which lets you play all the latest games without any lag. An internal memory of 16GB is provided along with microSD card slot for memory extension.

This product hasn't received any reviews yet. Be the first to review this product!